I am prone to nightmares.  When I can remember them, my dreams are usually a crazy mosaic of jumbled scenes that have no relation to each other, but sometimes there is an entire story line inside, and my nightmare is as vivid as any movie I can watch on the big screen.

Tonight’s nightmare touched on many of my core fears —- abandonment, loss of sense of self, fear of loss.  My nightmare started out with military helicopters hovering in the park behind our house. In my nightmare Ernie called them either Blackhawks or Sea Stallions. I know my brain grabbed the fact that Ernie loves watching the Military Channel and was a Green Beret in Vietnam. What he found fascinating terrified me. There were six of them, grouped the way a gang does watching a fight, in a semi-circle.  They were huge, black, anonymous symbols of authority and bullying in my dream.  I know this kicks back to my father who was a MP in WWII and was a bully who used his badge and authority to take what he wanted from people.  He liked to strip me of any sense of self and personal space 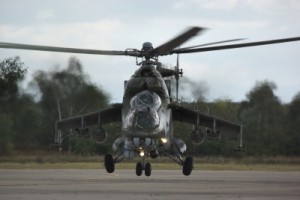 There were other unidentifiable shapes hovering in the air, and a felt a visceral fear in my nightmare that even right now while I’m awake typing this, I can still feel in my body.  My heart is racing, my breath is shallow, I’m jittery as I write this.

Ernie thought the helicopters were doing maneuvers, but I knew that in my nightmare their purpose was far worse.  And I was quickly proven right when the helicopters started razing our house with bullets and missiles. The bully was attacking in the night.  That also goes back to my relationship with my father as a young girl.

As is the way of nightmares, even though I could hear and feel the bullets hitting our house, my nightmare switched and now the police were at my front door, demanding entrance. They had a search warrant, I was being accused of some unnamed crime.  From inside, I asked for their search warrant, and instead they rammed the door open and broke the door frame.  Dozens of men swarmed the house, and the leader pointed to a yellow sticky note attached to the very top of our front door that I could not reach. (I’m only 5’4″) Ernie pulled it off and it was a search warrant that the postman had apparently left for us.  I know, random, but nightmares are like that.  They dig at hidden memories, stir up primal fears, frighten us with images that we sometimes cannot understand the meaning behind

The faceless police started scouring our house, ripping paintings off the wall, smashing glass, punching holes in the wall.  All the time my pleas for why this was happening went unanswered. They broke down the back door, thus leaving me completely exposed and defenseless to the outside world.

Suddenly I was no longer at the house.  I knew they were still there, ripping my life apart and exposing my fears, but I couldn’t get back home.  I was walking along familiar streets from my childhood and young adult hood, but they were a patchwork of streets from different cities I have lived in, and every time I thought I was getting closer to my home, another street appeared that took me further away.  I tried climbing stairs, only to have them turn into an oil-covered ramp that I kept slipping on.  A man offered to help me, but as I reached for him he let me fall.   My nightmare was having a field day with my deeply rooted fear of abandonment.

Ernie showed up then and grabbed my hand, stopping me from falling. Ernie is my knight in shining armor, the only man I have ever fully trusted, and he came to my rescue once again. Suddenly we were in front of our house, but it wasn’t a house anymore.  It was a skeleton picked clean by the police and looters. It looked like one of those old-time brick houses that have been abandoned, the roof caved in, weeds reclaiming the concrete floor for the earth. My entire life, my memories, my belongings, my photos, my dogs, everything that mattered, was gone.  I had ceased to exist in my nightmare. I panicked and thrashed in Ernie’s arms to get to our house, but he held me in an iron vise and told me it didn’t matter, we still had each other. 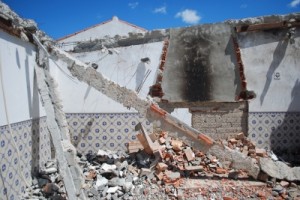 I woke up, my heart pounding, my breath shallow, my body tensed. My back ached from the tension my body had felt while my mind was trapped in the nightmare. I felt in the bed, and all three of my beloved dogs were there.  The park behind our house was empty.  Ernie lay next to me, and I grabbed onto him to grab some of his loving, solid energy and put it back into me. He slept on; I must not have thrashed or yelled out in my nightmare.  This nightmare was private and personal, but he was still there protecting me.

.In the past when I was alone, isolated from others inside of myself while smiling in a crowded room, these kinds of nightmares came more frequently.  As I have done the healing work and have learned to trust people, they don’t show up as often.  I call them ‘defragging’ dreams….the computer that is my system is cleaning up random pieces of data that are randomly stored in the hard drive of my brain. They are usually triggered by traumatic events, fears and too much work stress. 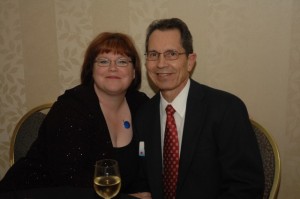 I am calming down now.  My breathing has steadied, my pulse has slowed.  Getting the words onto the screen has helped purge the last bit of anxiety I held in my body.