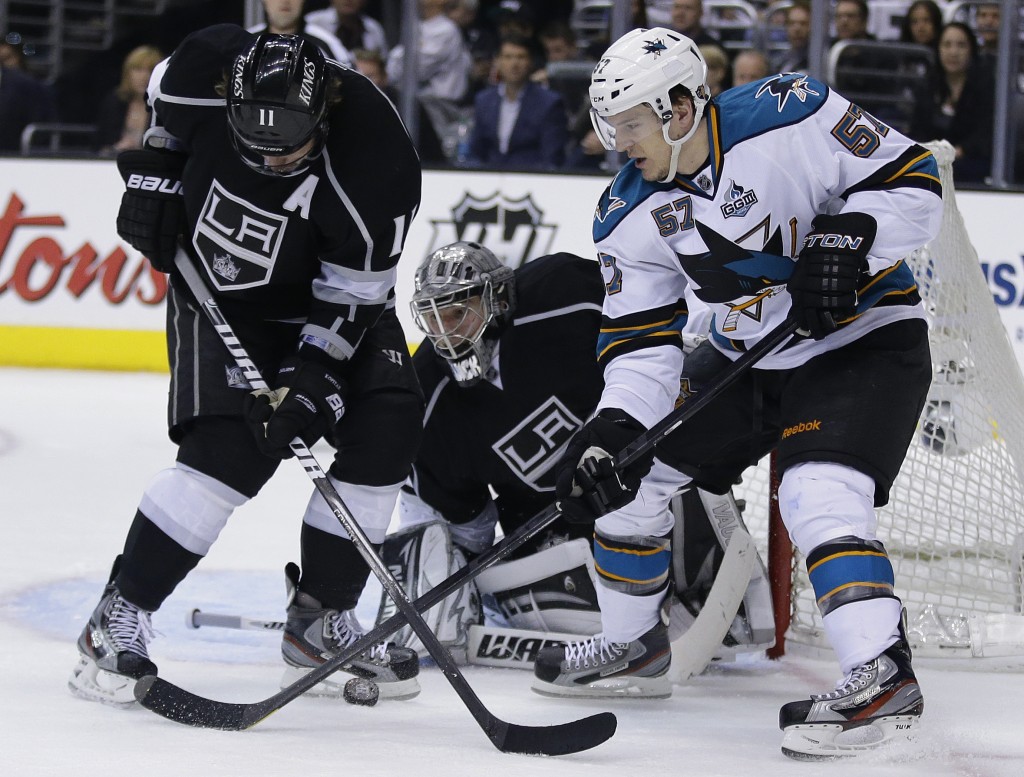 Hockey games are not quiet, civilized affairs. They are noisy, fast and hard games played on ice-cement and require not just skating skill but also strategy, physical stamina and a warrior’s will to win.  The audience becomes another player on the team, cheering the wins, groaning over losses and screaming to kill the referee over unjust penalties.

Hockey games are punctuated by loud music. Blaring horns on a goal. The thump of bodies slamming against the fence. Hockey games are fierce rivalries of warrior factions. This is not a dignified polo or baseball game. Blood is drawn and there penalties for tripping, high-sticking, and unsportsmanlike conduct,. The audience becomes the voice of the team, screaming in jubilation and crying in defeat.

Hockey is a fast game requiring insane athleticism and lightening fast hand-eye coordination. Hockey is the one sport I can sit and watch with undivided attention.  Even if there are no points being won, the movement on the ice is mesmerizing.  I know from the very small ability I have to both roller-and-ice-skate how much training and practice went into these men becoming world-class hockey players. 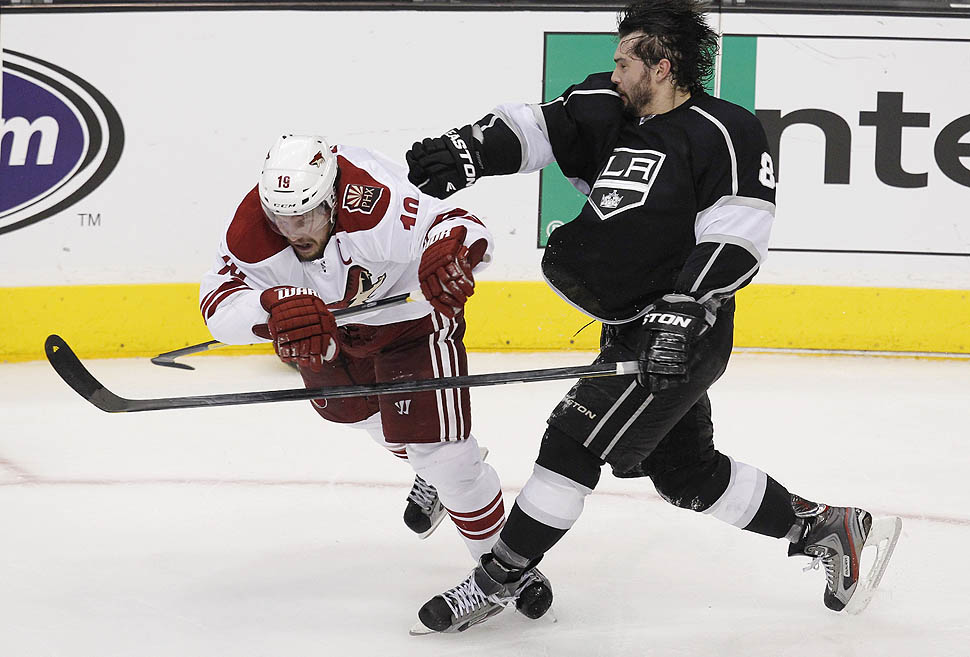 Kings defenseman Drew Doughty throws off Coyotes winger Shane Doan after they tackle each other at center ice late in Game 3 of the NHL Western Conference Finals.photo courtesy of framework.latimes.com-

One of Ernie and my first dates was a hockey game.  I had no idea how to react; I had never been to a sports event.  My father was very anti-sports, so I didn’t know the rules or what to do. He thought sports was a waste of time.  I had no idea how to get involved in this communal event and was fascinated watching people get so worked up over a game. I felt phony rising up from the bench with everyone else….kind of like I did when I went to church with friends and they would rise to sing hymns.  I didn’t know how to react. 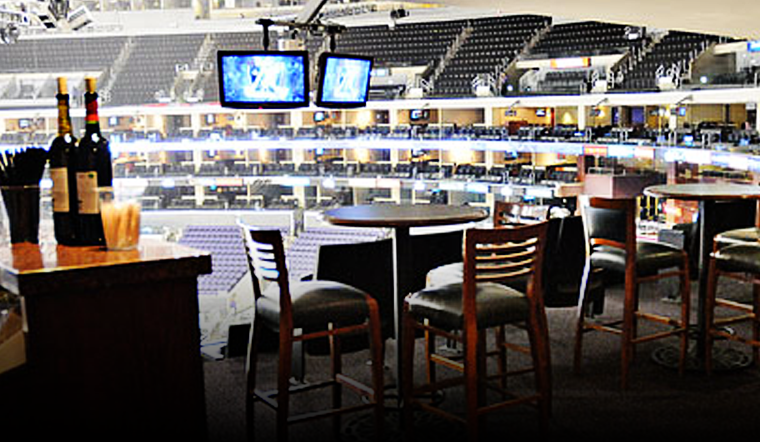 Fast forward 15 years of marriage and an invite to a private box at Staples center to watch a Kings/Flames game.  I was not feeling well (ended up with the flu) but I still got caught up in the excitement of the game.  I felt a part of the community. I understood how the game was played. I understood the language. I belonged.

My father was wrong.  We no longer have dragons to slay or marauding armies at the castle gate.  We don’t barn-raise or have quilting circles.  But we do have sports teams, and that’s the closest many of us in the modern world get to that feeling of community.

Now It’s Your Turn! What is your favorite sport, and why?